Victor Hugo was a great French poet, novelist and playwright. He became the leader of the Romantic movement in France. 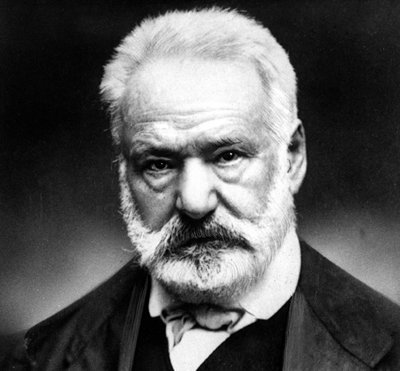 Hugo was born in Besançon. He was the third son of Captain (later General) Hugo J.L.S. and Sophie Trébuchet. The biography of Victor Hugo was strongly influenced by his mother, a strong-willed woman, who followed the royalist and Voltairean views.
For a long time, the education of Hugo was haphazard. He spent several months in the Madrid College Noblesse; his mentor was the former priest Father de la Rivière. In the 1814, he entered the boarding school Cordier, from where the most capable students passed to the Lycée of Louis the Great.
At the age of 19, a significant event occurred in the biography of Victor Hugo. His mother’s death forced him to seek a source of livelihood and he chose to be a writer. In the 1822, Hugo married Adèle Foucher, with whom he became the father of five children.
In the 1841, the writer became a member of the French Academy.
In December 1851, following the coup d’état, Victor Hugo was forced to flee the country. He returned in 1870, and was elected to the National Assembly. However, he died soon. The funeral of Hugo became an event of national significance; the ashes of the great writer lies in the Pantheon.

Hugo started writing at the age of 14. His first publication, a debut novel and poems “Bug-Jargal”, refered to the 1821.
The poetic collection “Odes et poésies diverses” (Odes and miscellaneous poems) (1822) pleased Louis XVIII and brought the annual rent to the author.
The preface to the drama “Cromwell” (1827) attracted attention to Hugo. It was a real manifesto of the new romantic movement in French drama. Thanks to it, as well as to the story “Le Dernier jour d’un condamné” (The Last Day of a Condemned Man) (1829) and the poetic collection “Les Orientales” (Oriental motives) (1829), the author gained tremendous popularity. The year 1829 marked the beginning of an extremely productive period in the biography of Hugo, which lasted until the 1843.

In 1829, Hugo wrote his resonant work, the drama “Hernani”, which marked the final victory of the democratic romanticism.