Born September 18, 1709 in Lichfield (County Staffordshire), Johnson went to a local classical school, then to a school in Storbridge. He worked in his father’s bookstore.

October 31, 1728 – He enrolled at Pembroke College, Oxford University – apparently having received an inheritance. After 13 months, he ran out of money, and after spending two dull years at the bookstore, he decided to become a teacher at the classics school of Market Bosworth. 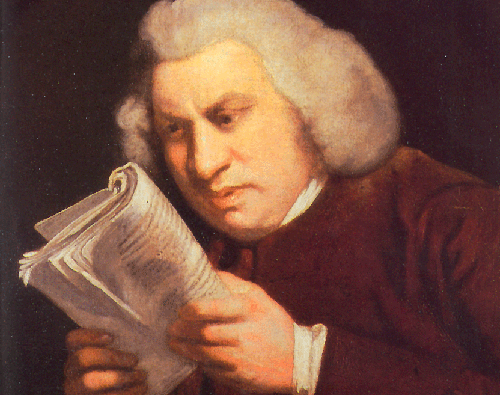 Translation from the Latin “Messiah” Pope, made by Johnson during his studies, was published in 1731. During a visit to Birmingham, he met Henry Porter and his wife Elizabeth. The following year, while lying in bed during another long visit to new friends, Samuel dictated a shortened English version of the French translation of the book Journey to Abyssinia, written in the XVII century. the Portuguese Jesuit. She became his first published book, and Johnson received five guineas for her.

In 1735, at the age of twenty-five, Johnson married the widowed 46-year-old Elizabeth Porter. On his wife’s dowry, which was 700 pounds, Samuel founded a private academy near Lichfield. By 1737 the academy went bankrupt, and Samuel decided to make a fortune in the literary field, having left for London.

In 1738 he found a job in the Gentlemen’s Magazine, the most serious journal then. Johnson edited and himself reported on parliamentary debates and under false names.

In May of the same year, the publisher of the journal E. Kave published London – the first significant work of Johnson, the processing of the third satire of Juvenal.

In the Gentlemen’s Magazine, Johnson worked until the end of 1744. In 1745 he suggested a new edition of Shakespeare, but the project failed. 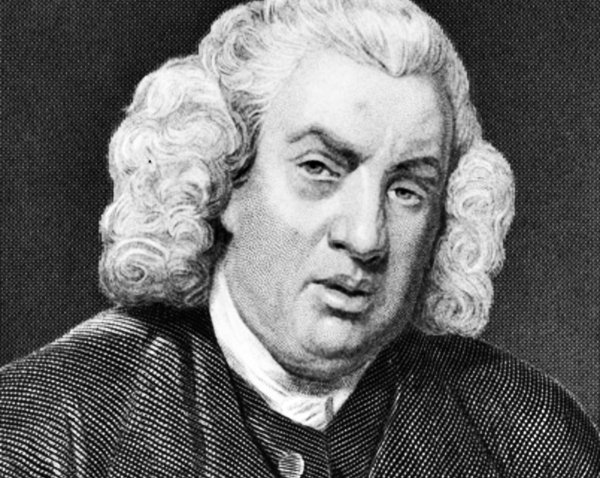 In 1746, Johnson proceeded to create the A Dictionary of the English Language, and in 1747 the Dictionary Plan was published; the author dedicated it, according to the agreement, to Lord Chesterfield. In 1749 the writer knew the greatest success in the poetic field – the last revision of the satire of Juvenal The Vanity of Human Wishes was published.

In 1750, Johnson began publishing his most famous journal “Rambler”, which was published twice a week until the death of the writer’s wife (March 17, 1752).

In 1755, after procrastination on the part of Lord Chesterfield, the Dictionary finally appeared. On the title page, the author was named Master of Arts – this academic degree was just awarded to him by the University of Oxford.

In 1758, the magazine “Idler” began to appear, the seriousness of intent was inferior to “Rambler”, and Johnson considered that it was time for the long-planned publication of Shakespeare.

In 1758, at the age of 89, Johnson’s mother died; To find money for the funeral, he hastened to publish his only novel Rasselas, the Prince of Abyssinia. He lived the next four years sadly and lonely, although from 1762 the writer received a royal pension of 300 pounds sterling.

In 1764, together with other celebrities, Johnson founded the Literary Club. In 1765 the writer received a doctorate from Dublin Trinity College and in the same year he published an eight-volume edition of Shakespeare. Between 1770 and 1775, four pamphlets appeared in defense of the Tories, followed by a doctorate from Oxford University. 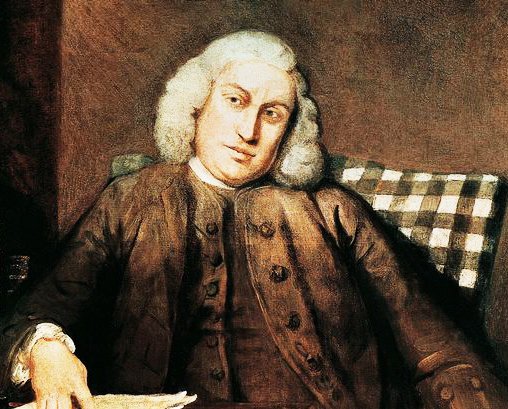 Somewhat later, a group of booksellers, whom Johnson successfully helped with advice, asked him to write forewords for the anthology of English poets, beginning with J. Milton and ending with the mid-18th century. Johnson could not resist such a proposal, and one of his main works became Prefaces, 1779-1781; in a revised form – Lives of the English Poets. There are 56 articles; depending on the interest of Johnson to the poet, they range from the presentation of biographical information and the critical analysis of the main works to a comprehensive study of creativity (Milton, Dryden, Pop, Swift and Addison).

Johnson died in London on December 13, 1784. He is buried in Westminster Abbey. Johnson’s popularity remained for half a century after his death: in 1787 the edition of the Works was published in 11 volumes, in 1825 8 more volumes appeared.

The works of Samuel Johnson 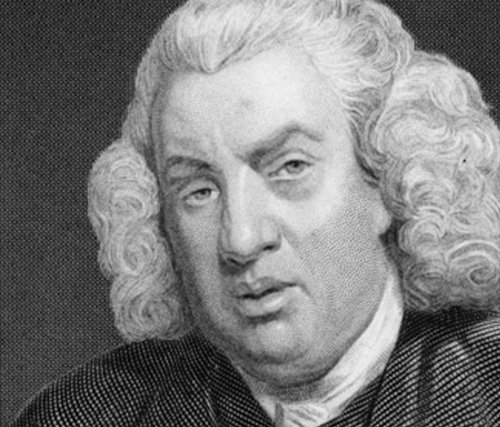