Oscar Fingal O’Flahertie Wills Wilde was an Irish writer, or to be precise, a poet, a playwright, an essayist, a philosopher, a critic and an esthete. 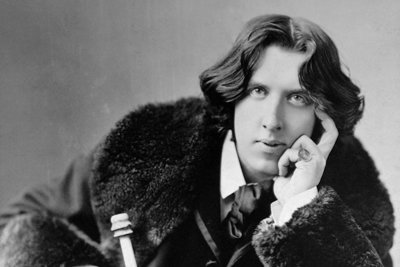 Oscar was born in Dublin. His father was an ophthalmologist, and his mother was a writer and journalist. The first education Oscar got at home. The parents greatly influenced the Oscar Wilde biography, fostering his interest in books and languages since childhood.
From the 1864 to the 1871, Oscar Wilde studied at Portora Royal School, from where he graduated with a gold medal. Wilde was awarded the Royal school scholarships for his studies at Trinity College of Dublin. At that institution, Wilde acquired not only knowledge, but also some ideas, personal features.
In the 1874, Wilde won the scholarship to study at Magdalen College of the Oxford at the classical faculty. After finishing the University, he settled in London, traveled around the United States with lectures.
Having returned to London, Oscar married Constance Lloyd. They had 2 sons, for whom Oscar wrote and published tales himself.
Wilde had a love relationship with Alfred Douglas. It greatly influenced subsequent events in the biography of Oscar Wilde: he cut loose from his family, Marquess of Queensberry brought legal proceedings against Wilde. Oscar was sentenced to two years of prison, where he finally was broken down mentally. After the prison, in the 1897, Wild settled in France and changed his name to Sebastian Melmoth.
Soon, Oscar contracted meningitis and died.

Even being a student Oscar wrote several works. He got an award for his poem “Rovenna”.
The first collection of Wilde “Poems” was published in the 1881.
The next period of his life was literary fruitful. He worked as a journalist (the editor of the magazine “Women’s World”), and he also wrote many stories. In the 1890, the well-known novel of Oscar Wilde “The Picture of Dorian Gray” was published.
The wit of the writer perfectly manifested in his comedies “An Ideal Husband”, “The Importance of Being Earnest”, “Salomé” and others.
After his discharge from prison, Oscar Wilde wrote “The Ballad of Reading Gaol”. It was his last creative work.