The great experimenter was born in a wealthy bourgeois family. His father, a lawyer and an amateur artist, committed suicide when he was nine years old.

This tragic event deeply influenced the formation of the future writer. Subsequently, the theme of death, which he called “his beloved,” will be for him one of the leading. 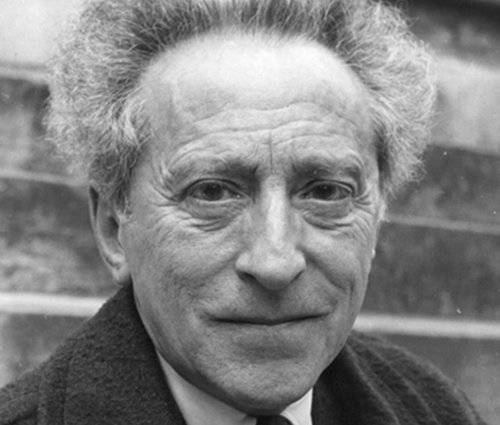 Brought up with love for classical art, he began to reconsider his views after acquaintance with Marcel Proust and Sergei Diaghilev, who attracted him to cooperate with the “Russian Ballet”. Cocteau writes a libretto for this troupe, as well as for several independent theaters.

In 1913 he discovered the music of Igor Stravinsky and established friendly relations with the composer, to whom he devoted the book “Le Potomak” (1919).

Stage activities Cocteau contributed to the emergence of a new type of performance, which denied traditions and reflected the mood of the “lost generation.” The most famous and at the same time scandalous was the avant-garde ballet “Parade” (1917) to the music of Eric Sati, with the decorations of Pablo Picasso: in the view, which included elements of acrobatics and sport, the Cubist principles of design were used. On the playbill for this performance for the first time appeared the concept of “surreal” invented by Guillaume Apollinaire.

Soon Cocteau becomes the ideologist of the “Six” – a group of French composers, innovators, who wrote music for his ballets, the first of which was the grotesque “Wedding at the Eiffel Tower” protesting against the outdated flavors (1921).

But already in 1926 the writer publishes a collection of literary-critical essays called “Call for Order,” which testify to the disappointment in the principles of avant-garde art, which themselves have become a kind of dogma.

A new and extremely fruitful field of activity he found in the cinema, having taken his first film “The Blood of the Poet” in 1930, laying the foundation of his personal mythology.

In the same year, after staying at the narcological clinic, he published an essay “Opium” with his own illustrations, made in an expressionistic manner.