Here’s a short biography of Ernest Hemingway: The famed author who many might not know was also a poet and an avid poker player. 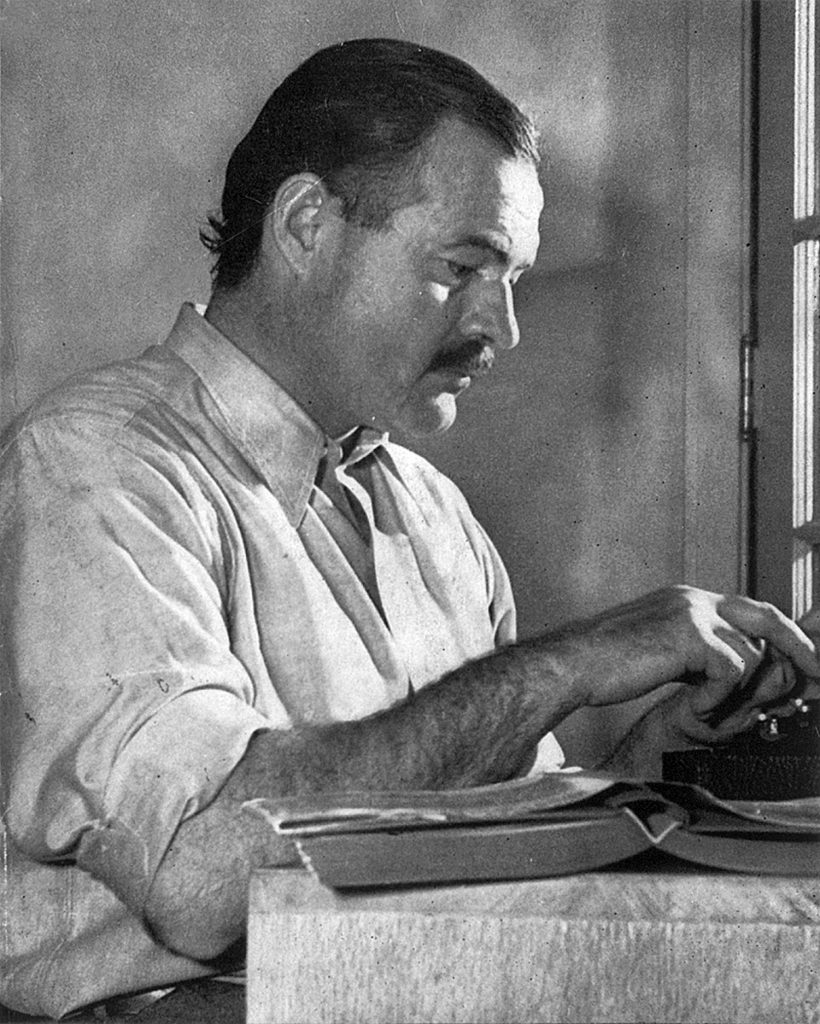 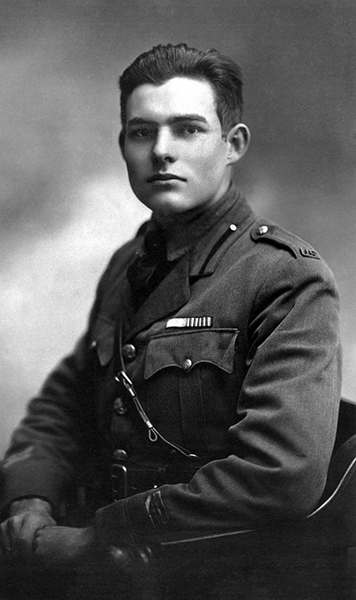 Ernest Hemingway is one of the most famous, successful and talked about authors of his and our time. His works have a simplistic style, called the iceberg theory by Hemingway, which he developed as a journalist and became synonymous with his name.

Hemingway’s works have won him numerous awards, with one of his most famous novels “The Old Man and the Sea” bringing him a Pulitzer Prize in 1952 and a Nobel Prize for Literature a year later.

Hemingway lived a turbulent life and traveled a lot.

He spent lots of time in Europe, first as an ambulance driver in Italy during WWI and later in Paris as a journalist. After that, he lived for a period in Cuba before finally returning to the U.S. where he died on July 2, 1961.

So, what is Hemingway’s biography doing on a site about poetry?

While less known for it, Hemingway also wrote poetry.

In fact, Hemingway was friends with Ezra Pound, and during his stay in Paris, he met Gertrude Stein and befriended James Joyce. 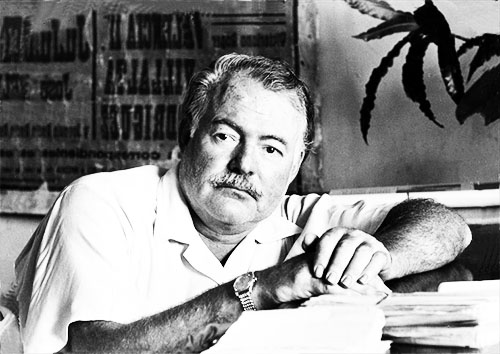 As mentioned, Hemingway lived a turbulent life, and his works were often about wars, mistrust and loss.

Ernest’s concise writing style was also present in his poetry such as in one of his more famous poems “Along with Youth”:

A porcupine skin,
Stiff with bad tanning,
It must have ended somewhere.
Stuffed horned owl […]

Influenced and tutored by Ezra Pound, Hemingway believed that his poems should paint clear pictures known in the literary world as the Imagism movement.

The Imagist approach and Hemingway’s brevity worked in conjunction to produce short but quite vivid poetic pieces like the four-line “Ultimately”:

He tried to spit out the truth;
Dry-mouthed at first,
He drooled and slobbered in the end;
Truth dribbling his chin.

In the end, many Hemingway appraised for his ability to paint vivid pictures and strong emotions without using many words, though his works were by no means written in a snap, as he had a reputation for compulsive revising and polishing. 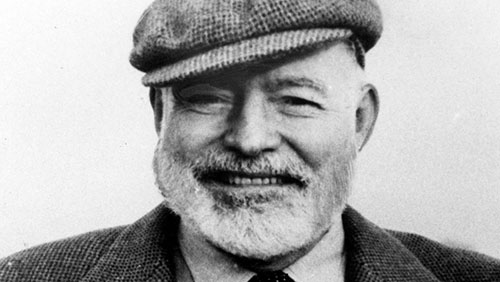 Such a strive for perfection was probably most notable in Hemingway’s awarded novel “The Old Man and the Sea.” CliffsNotes says that “It is reported that he wrote and rewrote all, or portions, of ‘The Old Man and the Sea’ more than two hundred times before he was ready to release it for publication.”

The short piece tells the story of an elderly Cuban fisherman and his struggles with a marlin he caught after going 84 days without catching a fish. Hemingway wrote the novel and published it during dark times for him — his best friends had passed away, and since he hadn’t published a major work in 12 years, many believed his writing days were over.

That’s why critics thought the novel was quite symbolic given its focus on friendship, struggle and loss, though Hemingway denied that there’s more to it than a fisherman’s story.

Nevertheless, the author claimed, “The Old Man and the Sea” to be his best work.

“I know that it is the best I can write ever for all of my life, I think, and that it destroys good and able work by being placed alongside it,” he famously told his editor Wallace Meyer. He also said he hoped the success would disperse the rumors he is “through as a writer.”

Aside from his literary success, Hemingway was also famous for his fondness of gambling. At first, taking a fancy for betting on boxing matches and horse races, later Hemingway took a shine to poker. As a matter of fact, one of his earliest works was about a pigeon that outsmarts a poker cheater.

Hemingway’s playing style was quite aggressive, and his credo was: “Never call. Either raise or put it down.”

While playing, Hemingway also liked to bluff — a skill vital to a winning poker strategy — and something he said that short writers, in general, are good at doing. The connection between the card game and Hemingway doesn’t end there.

In 1999, he published “Ernest Hemingway on Writing,” a collection of “Hemingway’s reflections on the nature of the writer and on elements of the writer’s life, including specific and helpful advice to writers on the craft of writing, work habits and discipline.”

Editor Larry W. Phillips, who had also published “F. Scott Fitzgerald on Writing,” compiled the book, and like Hemingway, is an avid poker player, publishing several books about the game. 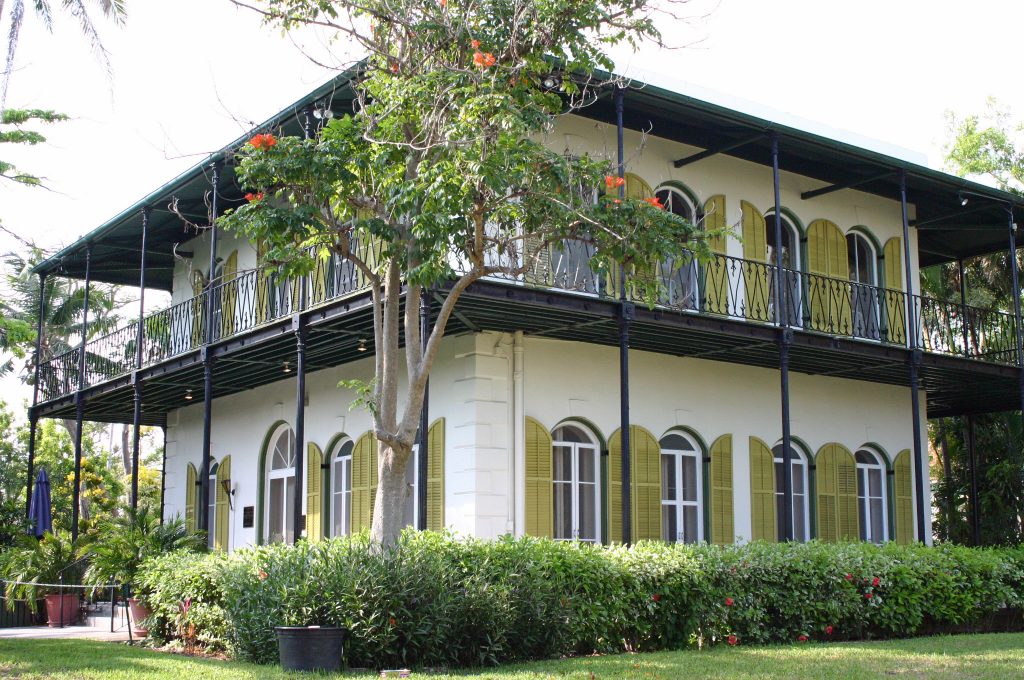 The legacy of the amateur boxer, horse gambler, poker player, traveler, journalist, poet and novelist Ernest Hemingway continues to live on in popular culture. There’s hardly a spot in the world that doesn’t have a public place named after him.

In Key West, Florida Keys, there are annual Hemingway Days where lookalikes meet and celebrate the famed author. A house on the Floridian island where he lived for several years became a museum designated as a historical mark.

The author’s recognizable writing style has also prompted the creation of the Hemingway App, an online and desktop program that helps writers achieve Hemingway’s brevity by highlighting long and complicated sentences.