Charles Baudelaire was a famous critic, poet and a classic of the French literature. He was a member of the Revolution of the 1848.

Baudelaire is considered the precursor of the French symbolism. He is best known for his controversial volume of poems “Les Fleurs du mal” (“The Flowers of Evil”).

Charles Baudelaire was born in Paris on the 9th of April, 1821 in Paris in the family of a senator. When Charles was not yet six years old, his father, who was 34 years older, than his wife, died. And his mother married again. Baudelaire did not get across to his stepfather. 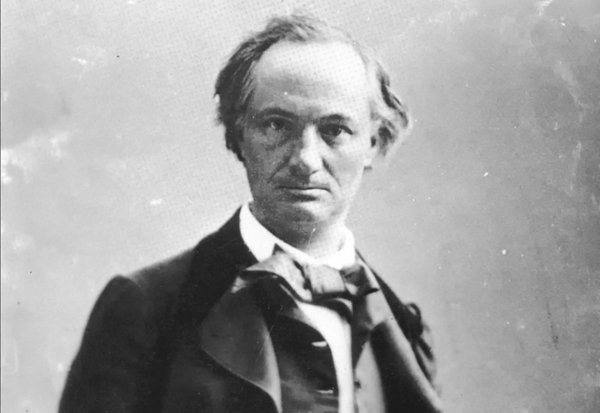 Charles was brought up in a closed institution in Lyon, then in the College Louis Le Grand in Paris, but was expelled. Having hardly passed his examinations to get the bachelor degree, he decided to devote himself to literature. Charles met O. Balzac, but did not publish his poems, considering them immature.

At the age of 20, he went to India, but returned, having stayed there for two months. Having reached lawful age, he got 75 000 francs of the inheritance. He started to spend very quickly and thoughtlessly his father’s money. His mother had no choice, but to adjudge the inheritance for herself, as a result of that, the young man was able to obtain monthly only a small amount for pocket expenses. It came as a crushing blow to him.

He participated in the revolution of the 1848, published the newspaper “Public Health”. After the collapse of the revolution, Baudelaire set about the translation of Edgar Allan Poe.

In the 1865, Baudelaire went to Belgium, where he spent two and a half years, despite his aversion to the boring Belgian life and rapidly deteriorating health. Being in the Church of Saint-Loup in Namur, Baudelaire lost consciousness and fell down on the stone steps.

In the1866, Charles-Pierre Baudelaire lapsed into illness, but suppressed the fact that he was down with syphilis.

Baudelaire spent in the hospital of Paris the last year of his life, he died there on the 31st of August, 1867.

Who was the wife of Charles Baudelaire?

While Charles Baudelaire was never married, researches name several women with whom he had relationships. The four muses that inspired his Les Fleurs du Mal were Caroline, Jeanne Duval, Apollonie Sabatier, and Marie Daubrun. 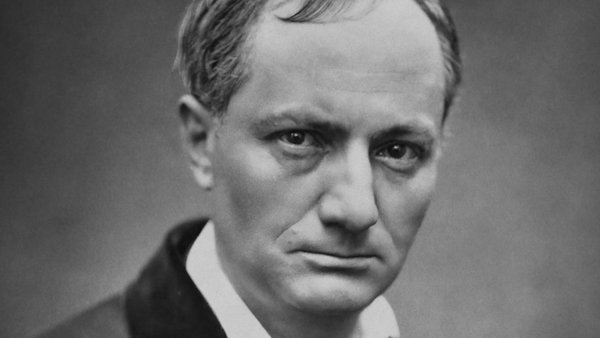 The life of a rich slacker came to fruition and became the beginning of the creative way of Baudelaire. His first poems (“A Malabar Girl”, “Creole Lady”, “Don Juan in Hell”) were published in the “Artist” (1843-44). His first separate work “Salon of 1845” was first published in the 1845. The Charles Baudelaire poems were followed by a series of articles dedicated to painting, Delacroix and David. A few years later, the collection “Artificial Paradise”, a story about the impact of drugs on life and work, was published.

In the 1848, the poet participated in the uprising of the Paris commune, he became the co-editor of the democratic newspaper “Salut Public”.

Almost 17 years of his life, Baudelaire devoted to the translation into French of the works of Edgar Allan Poe, whom he regarded as his spiritual brother, and has also published two books, dedicated to his work.

The poetic activity of Baudelaire reached its climax in the 1850-s.

In the 1860, Baudelaire published the collection “Paris Spleen”, which consisted of poems in prose.

Other works in the years that followed included “Small Prose Poems” and critical studies. 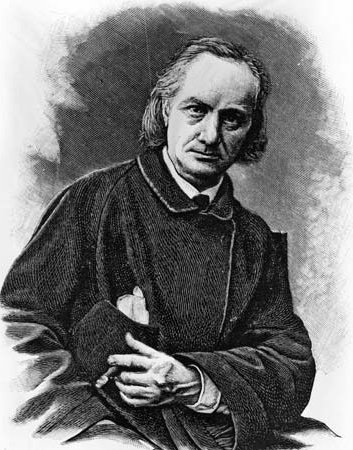 Charles Baudelaire entered the history of literature as the author of the poetry collection “Flowers of Evil”, published in June 1857. The book shocked the audience so much that it immediately put the censorship ban, and it was imposed to withdraw 6 Charles Baudelaire poems from the entire creation and to pay a considerable fine.

In the 1861, the second edition of “Flowers of Evil”, revised and enlarged by the author, appeared. Thirty new works were included in that edition. Baudelaire also decided to change the contents, dividing it into six chapters. Thus, the collection became a kind of autobiography of the poet.

“Flowers of Evil” is not simple a collection of poems, but the whole poetic work, which had a huge impact on the formation of the modern poetry.

What was the cause of Charles Baudelaire’s death?

Primary progressive aphasia was the official cause of the poet’s death.

How did Charles Baudelaire die?

In 1866, the poet was paralyzed as a result of a massive stroke. He spent his last two years in the so-called “maisons de santé” in Brussels and in Paris. During this period, he was half-paralyzed.