Pablo Neruda’s (Ricardo Eliecer Neftalí Reyes Basoalto was the name ) poetic works are full of love to his country and fervent commitment to communism. 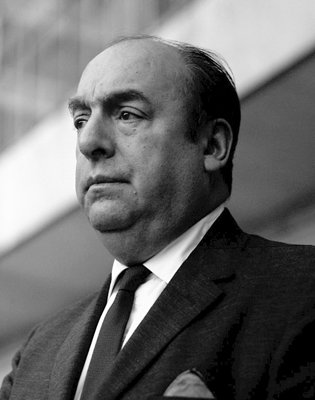 Neftalí Ricardo Reyes Basoalto (which is the real name of Pablo Neruda) was the son of a teacher and a railway worker. Neruda’s mother died when he was less than a year old. Neruda wanted to become a teacher of French and even studied at the University of Chile, but writing poetry was by far much more appealing to him.

In 1927-1935 he lived in several countries, from Burma and Ceylon to Spain, which was required by the consulship posts he was appointed to by the government. 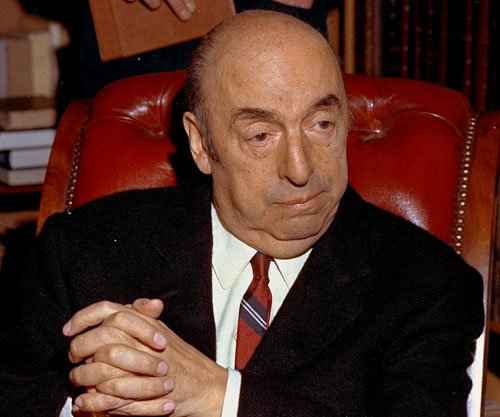 He played an active part in the Republican movement, served as a consul for the Spanish emigration and then Consul General in Mexico. He became senator of the Republic of Chile in 1945 (as a member of the Communist Party), but was forced to leave in 1949. Neruda died in 1973.

Neruda’s whole life is characterized by a renewed impetus for change and by a command to go beyond his own attainment. His poetic mind responded to the same as the situation and environment demanded: sometimes to the intensely personal emotion or sometimes to the socio-political public affairs. This is true that the proper place of each major section of his work, political or nonpolitical, needs to be settled on its uniqueness, in the larger context of modern poetry as well as in the more personal context of his total work. This, too, cannot be ignored that his socially concerned and politically charged poems were evidently produced during his mature and diversely experienced age after an equally serious period of personal crises. The final poetic result is a unified whole where no associated ideas can be compartmentalized. Neruda smoothly balanced his equally important twofold commitments: towards poetry and people; and even after his serious dilemma, the booming accomplishments of these commitments finally branded him as poet – politician Pablo Neruda.

Neruda practiced politics through poetry sung to his people, and moved to defend their rights through political movements and struggles with poetic tools on hands.

“I have never been in with those in power and have always felt that my vocation and my duty was to serve the Chilean people in my actions and with my poetry.”

“I am a Chilean who for decades has known the misfortunes and difficulties of our national existence and who has taken part in each sorrow and joy of the people. I am not a stranger to them, I come from them, I am part of the people. I come from a working-class family ….I have lived singing and defending them.”

Neruda is remembered today for the power of his poetry, for his protest against fascism and oppression, and for the voice he gave to the people of Chile.

Neruda left an incredibly extensive poetic legacy. For instance, in 1968 his Obras Completas consisted of more than 3,000 pages. However, only a small portion of Neruda’s works can be found in English. Due to this fact the poet is not so well-known in North America. 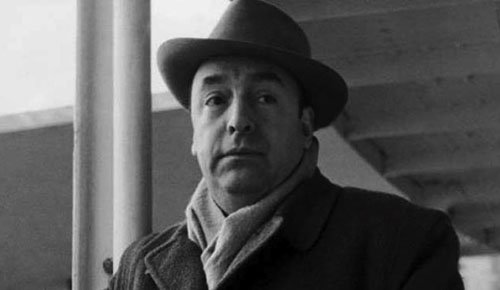 Neruda was awarded the Nobel Prize in 1971, although there was a controversy in the committee because of the poet’s praise of Stalin. Interestingly enough, Neruda had another Nobel laureate, Gabriela Mistral, as a teacher in his early years.

The first book of poems, “Crepusculario” was introduced in 1923, and a year later a cycle of love poems “Veinte poemas“ was published, which gained critical acclaim.

In the course of time, however, Neruda wrote more and more poems on other subjects, sharing his impressions on things surrounding him in his daily life.