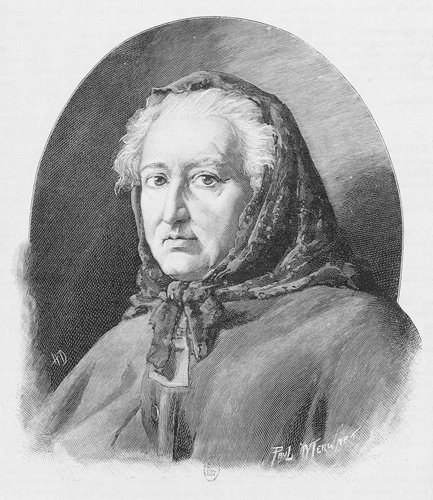 Luise Victorine Ackerman (born Schoquet) was a French writer and poet. She was born in Paris.

In Berlin, Victorine Luise married a theologian Paul Ackermann, a close friend of Proudhon. The husband of Luise Victorine Ackermann was disappointed in the Christian faith. Subsequently, he became a teacher to the Prince Frederick William (afterwards Frederick III). The poetess lived in Berlin until her husband’s death at the age of 34 in the 1846. Afterwards, she moved to Nice, where she lived until her death on the 3d of August 1890. 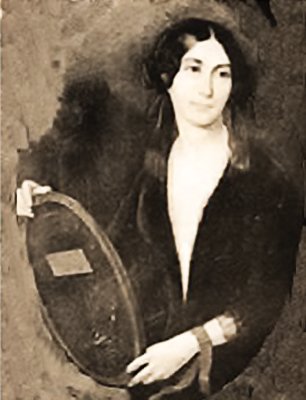 Luise Victorine Ackermann became the author of three volumes of poems: “Contes” (1855), “Contes et poésies” (1863), “Poésies, premières poésies, poésies philosophiques” (1874). She wrote beautiful poems, very musical, exciting and pinching. However, the poems by Luise Victorine Ackermann manifested her as a philosophical pessimist and an atheist. For example, it is shown in her poem “Revue des Deux Mondes” (the 15th of May, 1874). The poetess openly declared her hatred of Christianity and its distinguished followers. She even published her work called “Thoughts of a Solitary”. Perhaps for that reason, she was called “the learned solitary of Nice”.