Jalaluddin Rumi is the greatest Sufi poet, who lived in the XIIIth century on the territory of Asia Minor. The grateful contemporaries called him Mevlyana (“Our lord”), considering Rumi their spiritual mentor.

Today, as 700 year ago, the poetry of Rumi is vivid and topical. 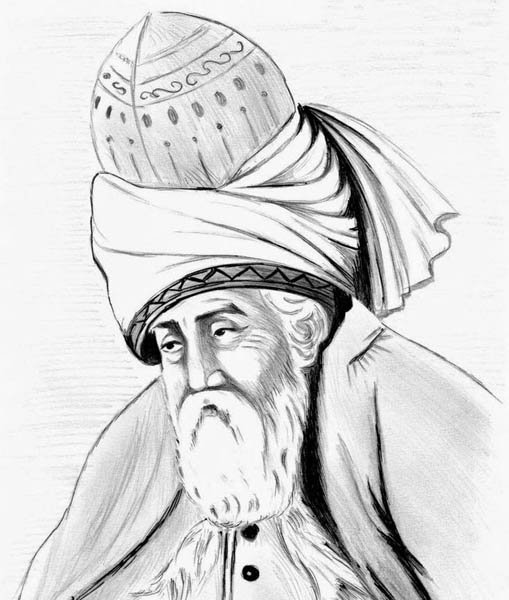 The Persian poet, a preacher, a Sufi- sheik Jalaluddin Rumi (the real name was Jalaluddin Muhammad), was born on the 30th of September, 1207 in Balkh (Afghanistan) in the family of the theologian and scientist Bakhaaddin Valad. In the 1214, the father and the son, accompanied by 40 pupils, were forced to abandon the city.

They found a refuge in Asia Minor. Rumi studied in Baghdad, Damascus, Aleppo, received a decent education and after the father’s death inherited his position of the head of a madrasah in Konya. All the most influential pupils of his father gathered around it.

He had a well-to-do life and possessed great honor and respect. This situation continued until his meeting with a holy dervish Shams ad-Din Muhammad Tabriz (1244), who became his spiritual mentor. He turned to ascetic dervish ideas. Proceeding after his teacher, he neglected his classes in the madrasah, his pupils and family members. This led to the punishment of Shams ad-Din. He disappeared from the life of Rumi. Rumi felt this loss so hard that his relatives feared for his life. After that, Rumi became a poet.

In memory of his teacher, Rumi founded a new dervish order “Mevlevi” – “whirling dervishes” – which played a great role in the public and political life of that time.

Jalaluddin Rumi died in Konya on the 17th of December, 1273 and was buried close to his father in mausoleum, the Green Dome in Konya. 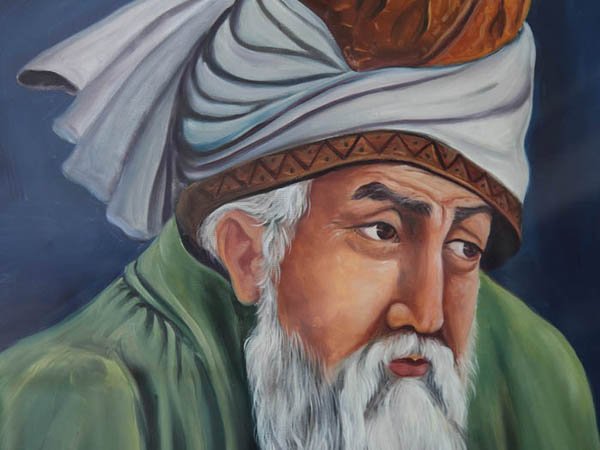 Even before the meeting with Shams ad-Din Tabriz, Jalaluddin Rumi took a short at poetry. But precisely friendship with Shams and then the disappearance of the friend, woke genius that had dozed in him. Rumi delicately perceived the environment, he wrote vivid and colorful verses full of mysticism insignia and at the same time, filled with human sincere feeling. The large part of Jalaluddin Rumi poems was signed with the name Shams. (30,000 verses of poetry, the Lyrics of Shams of Tabriz)

His musical genius and unusual sense of rhythm were inalienable features of the talent of Jalaluddin Rumi. He showed special inclination to the reed-pipe, to which he dedicated touching lines in a prologue to his poem. After disappearance of Shams, Jalaluddin Rumi organized general meetings and joint prayers of founded and organized, but never headed by him Sufism brotherhood, where his verses, written deliberately for this ritual or given by an atmosphere of the latter one, were sung to the music. There were many verses of this type. 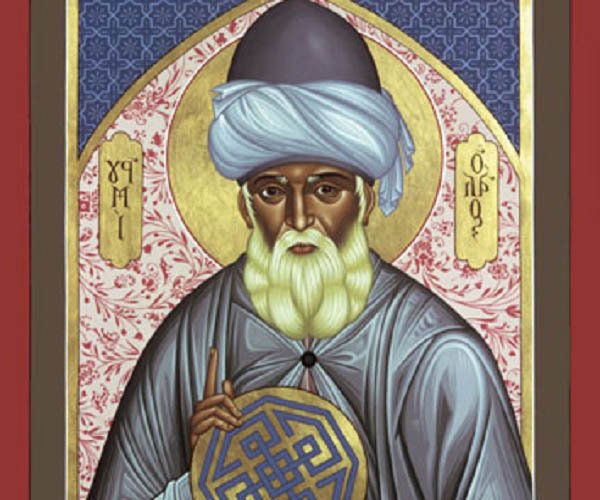 His epic poem Masnavi I Ma’navi (Spiritual Couplets) had an immense influence on the Islamic literature and thought.

Afterwards, Jalaluddin Rumi brought dances into the ritual. The Sufi understood the force of emotional influence of music, its impact on moods and feelings of people. But Jalaluddin Rumi was the first one to introduce music and a dance into a ritual of general meetings of dervishes of Konya and the first one, who used it in the madrasah.

After the death of his favorite pupil and his wife, almost a two-year break happened in his creative work. But, when the pain of the loss calmed a bit down, the poet gave 12 years of continuous labor to his creative work.