Christy Brown is an Irish writer and artist, who was born with cerebral palsy and could only write and paint with the fingers of his left foot. His most recognized work is an autobiography called “My Left Foot” which was later as made into a 1989 film of the same name (Academy Award winner).

Christie Brown was born in the family of Irish workers at Rotunda Hospital in Dublin on June, 1932. After his birth, the doctors discovered that the newborn had a severe form of cerebral palsy – a neurological disease that causes the spasticity of all limbs. Despite the doctors’ advice to send the child to a rehabilitation facility, Christie’s parents decided not to listen to it and to raise their child on their own alongside with the rest of their children. In Christie’s teenage years, a social worker named Katriona Delahunt learned about the kid’s story and began to regularly visit his family, bringing him new books and paints. 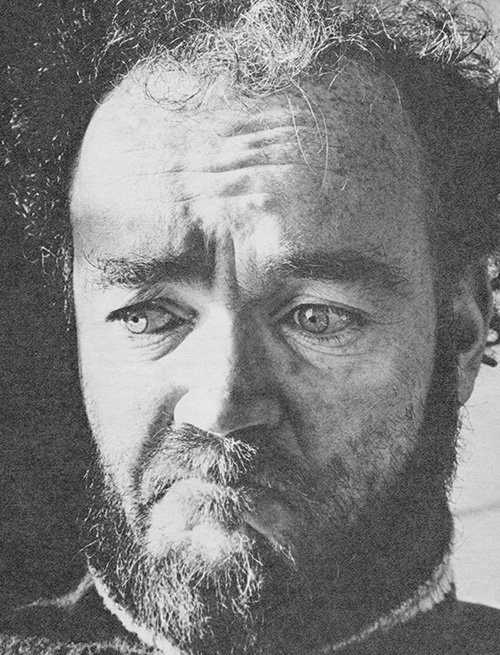 Years later, Christie expressed strong interest in art and literature. He showed extraordinary dexterity in using paralyzed limbs, having learnt to write and paint with his left foot, which he could perfectly control. Christie quickly turned into a serious artist. Despite having no formal school education, Christie Brown attended St Brendan’s School-Clinic in Sandymount intermittently where he met Dr. Robert Collis. Collis noted that Christie was also a novelist. Later, he decided to use his ties in order to help him publish the book “My Left Foot”. The book quickly became a literary sensation. One of the many people who wrote letters to Christie Brown was a married woman form America named Beth Moore. Christie and Beth began to regularly write each other letters. In 1960, Christie Brown went on vacation to North America and stayed at the Beth Moore’s house in Connecticut. When they met again in 1965, they decided to start a joint business. Christie Brown went to Connecticut again to finish his Magnum opus, which he had been working on for years. He finished it in 1967 with the help of Beth Moore, who took care of a strict working regime and daily routine. The book was titled “Down All the Days” and was published in 1970. It was devoted to Beth Moore with the words saying “For Beth, who with such gentle ferocity, finally whipped me into finishing this book…”. During this time, Brown’s fame continued to spread all over the world and the writer became a celebrity. Upon his return to Ireland, Brown had saved enough money to build his own house near Dublin where he later moved to with his sister’s family. Although Brown and Beth planned to get married and live in their new house, it was around this time when Brown began an affair with Mary Carr from England – Brown met her in London. Brown then cut all the ties with Moore and married Kerr in Dublin in 1972. They moved to Stoney Lane, Rathcoole, County Dublin (currently a nursing home of Lisheen) to Ballyheigue, County Kerry and then to Somerset. He continued to paint and write books, poems and plays. In 1974, he introduced his novel “A Shadow on Summer” which took inspiration from his relationships with Moore, with whom he remained good friends.

How many siblings did Christy Brown have?

Christy Brown’s parents, Bridget Fagan and Patrick Brown, had 22 kids. Out of them, Christy was the 10th. Nine of the kids died in infancy. So, while initially, Christy Brown had 21 siblings, only 12 of them lived more than several years.

From what sort of disability did Christy Brown suffer?

The condition Brown suffered from all his life is called cerebral palsy. It is a severe neurological disorder due to which he was almost completely paralyzed. There was only one part of his body over which he had unequivocal control – his left leg. Brown’s astute mind was intact, though.

The disorder was discovered by doctors at birth, and the boy’s parents were urged to commit him to a hospital. However, they decided to raise him at home. Over time, Brown managed to improve somehow his speech and ability to control his body as a result of therapy.

How did Christy Brown become an artist? 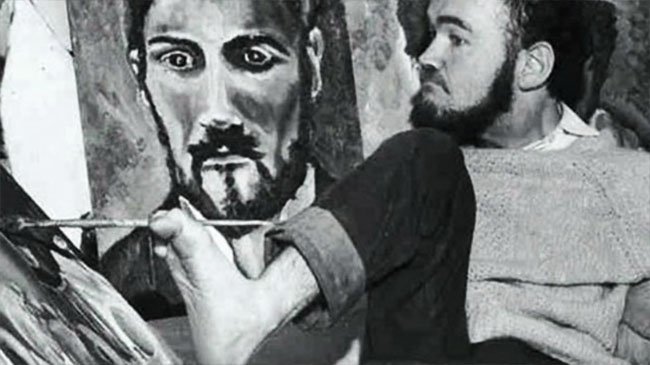 The fact that Christy Brown became a serious artist and writer was even more fascinating taking into consideration that he was not only disabled but also didn’t have a chance to receive formal schooling during his youth. As over the years, Brown became very interested in the arts, Katriona Delahunt, a social worker who used to work with him, provided him with painting materials.

What are the most famous paintings by Christy Brown?

Some of the most known paintings by Christy Brown are Garage in the Snow, Sailboats on a River, and Boats in the Harbour.

When did Christy Brown die?

One of the most influential Irish novelists and painters died on September 6, 1981, in Parbrook, Somerset, England. At that moment, he was 49.

How did Christy Brown die?

Brown choked to death while having a lamb chop dinner.