Until later, Rimbaud remained almost unknown to his contemporaries. Admittedly, in the 1884, Paul Verlaine called his name among “accursed poets” and made the public acquainted with some of his poems.

When in the 1886, the work “Illuminations” was represented, the symbolists began to regard him together with Charles Baudelaire as their predecessor.

Jean-Nicolas-Arthur Rimbaud was born on the 20th of October, 1854 in the town Charleville in Ardennes, the north-east of France in the bourgeois family. Since childhood Arthur was God-fearing and obedient. He studied brilliantly.

He read a lot, liked the works of F. Rabelais and В. Hugo, as well as the poetry of “Parnassians”.

In the 1871, having learned of announcement by the Commune, he left the Lyceum and, having reached Paris, hit the vortex of revolutionary events. But after the defeat of the Commune, having lost faith into social struggle, Rimbaud asked in the letter to the friend from the 10th of June, 1871, to destroy his works devoted to communards.

In August 1871, having returned to Charleville, Arthur sent his poems to Paul Verlaine, afterwards he went to meet him in Paris. Friends traveled across Europe throughout the year.

In the 1872, Paul Verlaine left his family and went to London with Rimbaud. Having lived for some time there, they travel across Europe and they separated in Brussels after Verlaine in a heated argument under influence of absinthe shot at Rimbaud’s wrist. Verlaine was sentenced to two years of prison. After the separation with Verlaine, Rimbaud came back home to the farm Roche.

After that, Rimbaud stopped writing and traveled all over the world until the 1880. Then, in Africa (mainly in Egypt and Ethiopia), as well as in Yemen, he was occupied with trade in coffee, spices, hides, arms and people.

In February 1891, Rimbaud returned to France, where his leg was amputated because of the cancer tumor. In the hospital, his sister, who came from Charleville, took care of him. Rimbaud died in Marseilles, in the hospital, on the 10th of November, 1891. He was buried in Charleville. 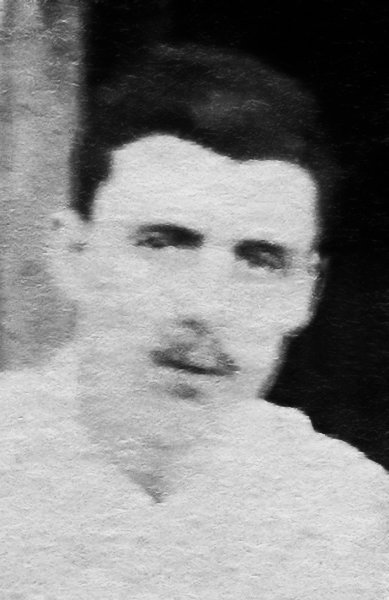 Since early age Arthur’s abilities amazed everyone. The teacher Georges Izombar supported the first attempts of the young poet. Since six-seven years, he began to write prose and afterwards poems. In the age of 15, he wrote the poem “Sensation” published without the author’s privity in one of the Paris magazines in the beginning of the 1869. In the same year he published several poems in Latin.

In Arthur Rimbaud poems “Ophelie”, “Les Pauvres a l’eglise” (Poor people in church), “Le Mal” (The Evil), “Le Dormeur du val” (The sleeper in the ravine) he declared himself as a symbolist.

The first period of the writer`s creative work (before the 1871) is marked by the influence of authorities, but it did not prevent ripening of rebellious spirit against traditional ethics and bourgeois provincial order of Charleville.

In the third period of works (1872 — 1873), Rimbaud wrote the cyclus “Illuminations”, by which he confirmed the birth of the unusual form of verse, which one could call a poem in prose or a prose in rhymes.

Rimbaud had unsteady and capricious fate. In works, as well as in life he was looking up different ways completely opposite sometimes. After P. Verlaine, who had shot at Rimbaud, went to jail, enduring Rimbaud fell into neuroses. A cry from a heart, a pleading of the person, who did not expect anyone’s help any more but called someone unknown from the Universe, became his book “A season in hell” (“Une Saison en Enfer”- in French) (1873), the only collection published within the lifetime of the author. But the writer did not manage to pay the small edition (500 copies) and the books remained in the warehouse. They were found accidentally several decades later and before, there was a legend that Rimbaud had destroyed the entire edition on his own.

Researchers treat the breakage of Rimbaud with poetry in different ways. There is a version that the poet escaped from Paris to find himself in something else in order to assert himself, and to return afterwards getting rid of a drunken dream, as an independent and free person. Some modern researchers believe the poet reached the extreme line in his experiments with a word and, having looked across it, saw only emptiness, he tried to write more, but could not find the sense any more in poetical works. But the mystery of Rimbaud’s poetry is not still cracked.