William Shakespeare works marked the completion of the process of creation of English language and culture, brought closure to the European Renaissance.

His plays are still an integral part of the basic repertoire of theaters all over the world. In the age of new technologies, almost all Shakespeare’s plays were cinematized.

William Shakespeare was born in Stratford-on-Avon, England, in the 1564. The date of his birth is not known. It is generally accepted to believe it was the 23 of April, but the day of his baptism is set in veracity: it was the 26th of April. His father was a well-to-do craftsman respected in the city, and the mother was a representative of an ancient Saxon family. 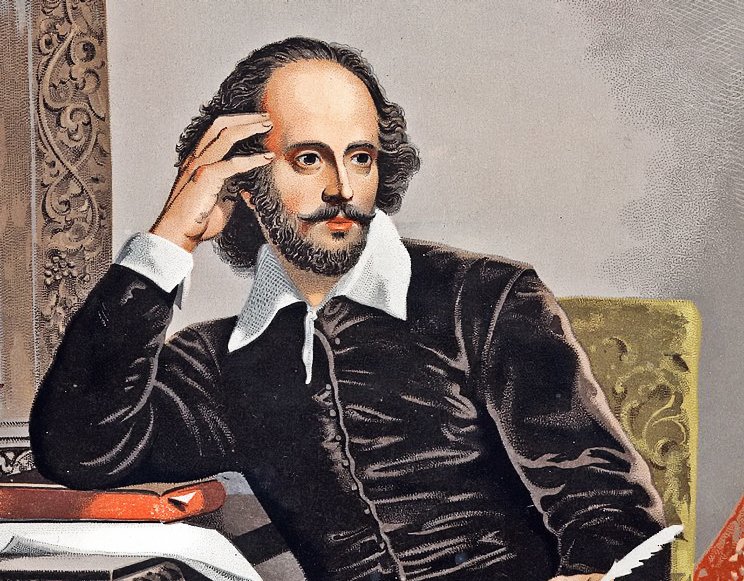 During 1569-1571, Shakespeare was a pupil of a junior school, later- of a secondary school in Stratford. The school was distinguished by high educational level, but it is really unknown whether William finished it or not, most probably he had, in a connection with the family’s financial difficulties, to give up his classes and help the father. As an 18-year- old youth, William married Ann Hathaway, who became pregnant. She was 8 years older, than William; having effected a marriage, the newlyweds were saved from disgrace and punishment. In the 1583, the Shakespeare Couple got the daughter, 2 years later, they gave birth to a couple of different sex twins. Shakespeare left Stratford in the 2nd half of the 80s and moved to London.

In the 1592-1594, the theaters of London were closed in a connection with a plague epidemic. The vast number of plays, poems and other works written then made Shakespeare a well- known writer. In the 1594, when the theaters opened, Shakespeare entered into a new drama group– a so called group of a servant of a Lord Chamberlain named in the honor of its patron. Shakespeare was not only an actor, but a shareholder.

The event of the 1599 was significant: it was the creation of the theater “Globe”. Thus, Shakespeare became not only an actor, but also the chief playwright and one of the owners.

In the same lifespan, Shakespeare became a nobleman, acquired the second big house in the city of Stratford. 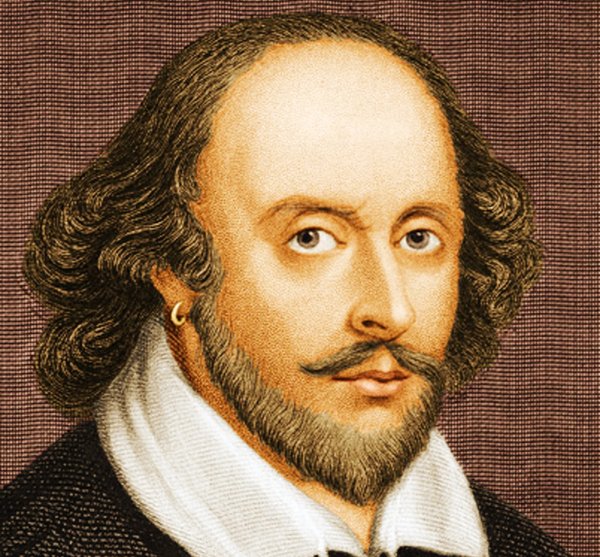 Approximately in the 1612, Shakespeare, whose career developed very successfully, unexpectedly for everyone, left the capital and went back to Stratford, to his family.

On the 3d of April, 1616 one of the greatest playwrights of the world died; he was buried on the outskirts of the hometown in the church of the Holy Trinity.

It is well- know, that in the 1592, Shakespeare was already the author of the historical chronicle “Henry VI”.

In the period of the 1592-1594, Shakespeare wrote plays and elegant, sensual poems. For Shakespeare, the works of the period 1593-1600 (“Much Ado About Nothing”, “The Taming of the Shrew”, “A Midsummer Night’s Dream”) expressed the thought about perception of a person, first of all, according to the inner world. This idea evolves more remotely, comparing to harsh reality. Thus, Shakespeare’s tragedy “Romeo and Juliet” contains the bright sense of love together with the bitterness of insurmountable obstacles. “Hamlet”, “Macbeth”, “King Lear”, “Othello” were written by Shakespeare in the period of the 1601 — 1608.

For Shakespeare, the comedies are the way to write a clear, jolly, light and, in addition, a profound composition. 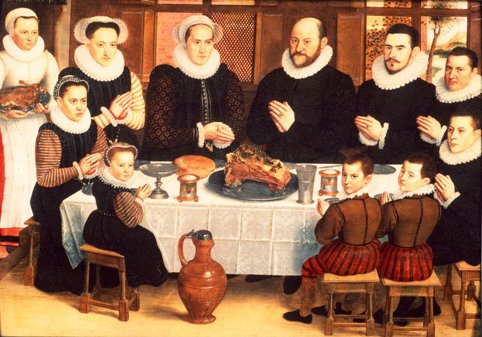 William Shakespeare poems (154) are of different subjects, they express various feelings. The clear chronology of writing of poems (=sonnets) by William Shakespeare was not kept in the biography. Each sonnet represents a verse of fourteen lines, where the following rhyme is accepted: abab cdcd efef gg. The series of sonnets is conditionally divided into twelve theme groups, which can be generally expressed as follows:

Shakespeare’s first works were written in ordinary language not separating the playwright from a crowd of the same writers. To avoid plainness in his compositions, Shakespeare loaded them with metaphors, literally threading them on each other. This prevented him from revealing images of characters.

However, soon the poet came to his traditional style and got used to it. The use of a blank verse (written with iambic pentameter) became his standard. But even it is distinguished by its quality, if the initial works are compared to subsequent ones.

Writing with focus on theatrical performances is the peculiarity of Shakespeare’s style. Enjambment, unusual constructions and length of sentences are used in his works on a large scale. Sometimes the playwright offered the spectator to finish reflection about the completion of a phrase on his own, putting a long pause insertion in his work.

How did william shakespeare die?

April 23, 1616 – William Shakespeare dies at Stradford-upon-Avon on his birthday. Shakespeare’s testament from March 15, 1616, was signed in illegible handwriting, on the basis of which some researchers believe that he was at that time seriously ill. Shakespeare died at the age of 52 for unknown reasons.

Where is shakespeare buried?

Three days later Shakespeare’s body was buried under the altar of the parish church of the Holy Trinity in his hometown of Stratford-upon-Avon. William’s funeral cannot be called pompous, unlike the funeral of such playwrights as Francis Beaumont and Ben Johnson, who were buried in Westminster Abbey with great honors.
Every year thousands of people visit his grave.

The lines are written on his tombstone. 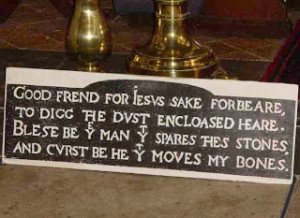 The scientists asked permission to exhume the playwright’s body in the hope of establishing how he died. Modern equipment will allow to establish all the nuances of the state of health and lifestyle of the great writer. Paleontologists sent an official statement to the Anglican church. The decision to exhume the body of Shakespeare has not yet been made.

Did Shakespearereally write his own plays?

There is an opinion that under the name of Shakespeare there is a completely different historical face. Some researchers argue that Shakespeare did not write his plays at all. More than 50 candidates were considered to be authors of Shakespeare’s works.

The main “pretender” to the authorship of Shakespeare’s plays is the Oxford Count Edward de Vere, who stopped publishing in 1593, while Shakespeare declared himself in 1594.

The pseudonym “Shakespeare” was not chosen by chance. The family coat of arms of de Vere depicts a knight with a spear in his hand.

Almost all of Shakespeare’s plays are a vivid parody of the mores of the court, so, with a pseudonym, the Count could continue to create. In addition, Edward de Vere could not publicly declare himself a playwright: in those days writing for the people was not appropriate for aristocrats.

He died in 1604, it is not known where his grave is, researchers claim that his works continued to be published by his family under a pseudonym until 1616 (just this year Shakespeare died).

In 1975, the British Encyclopedia confirmed this hypothesis, stating: “Edward de Vere is the most likely pretender to the authorship of Shakespeare’s plays.”

Also as the alleged authors were called Francis Bacon, Christopher Marleau, and even Queen Elizabeth I herself… 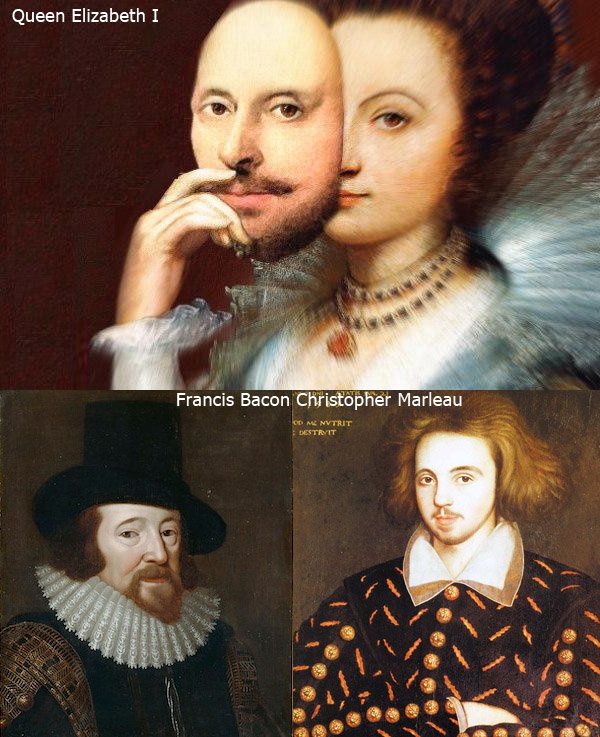 In the four saved documents, six signatures, possibly made by William Shakespeare’s hand, were found. The name of the playwright can only be disassembled in part. In addition, it is not always written in the same way. Some experts believe that Shakespeare possibly did not sign it himself. Lawyers could have done for it for him. 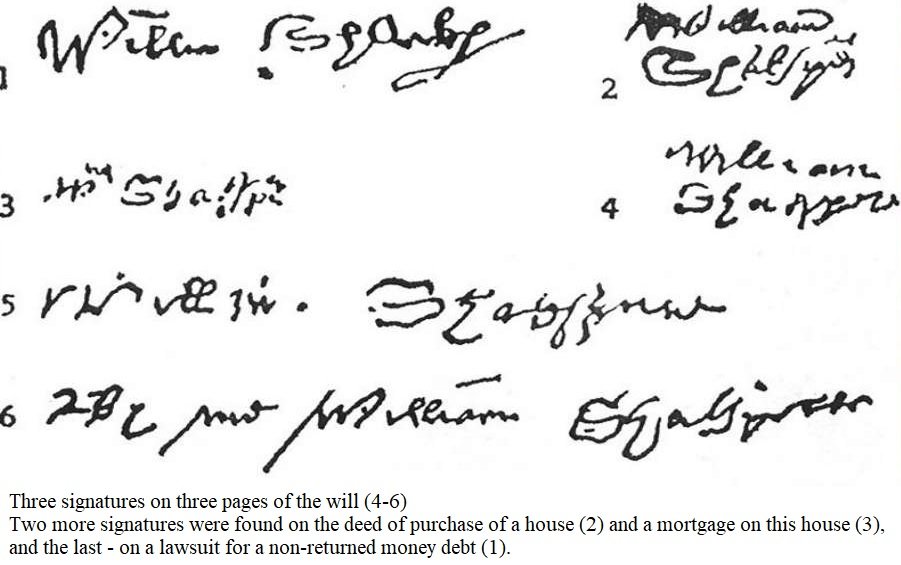 Three signatures on three pages of the will. Two more signatures were found on the deed of purchase of a house and a mortgage on this house, and the last – on a lawsuit for a non-returned money debt.

If you look at the signature, you can see that the clumsy and scattered letters were written with great strain. In addition, the signatures were badly like one another, as if they were written by different people.

Shakespeare and the Bible

Quotes from the Bible. One of the sides, which includes the Shakespearean question, is the literacy of William. Works created by Shakespeare often include quotes from biblical texts. His mother might have introduced him to them. However, there is no evidence that this woman was literate. The fact that Shakespeare knew the Bible raises the question of his education.

Were Shakespeare and his daughters literate? 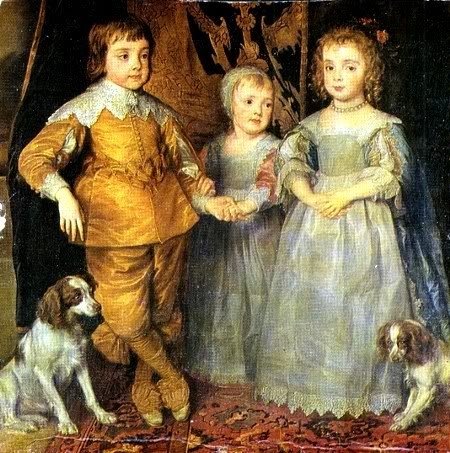 Not a single manuscript personally written by him was saved. Suzanne, his daughter was able to write her name. But there is no proof that she was educated. Perhaps her writing skills were limited to this. Another daughter of William, Judith, who was particularly close to Shakespeare, put a sign instead of a signature. Therefore, she was illiterate. It is not known why William did not give his children the opportunity to get an education.

How many words did Shakespeare create?

The author shows excellent knowledge of Roman and Greek classics, as well as French, Spanish and Italian literature. It is possible that he knew Italian, French and Spanish. The playwright’s vocabulary is very rich. An educated Englishman in our time rarely uses more than 4,000 words in a speech. An English poet John Milton’s vocabulary was estimated to 8000 words. And in the works of Shakespeare, according to experts, there is no less than 21 thousand words.

According to the Oxford English Dictionary, Shakespeare introduced almost three thousand new words into English. Shakespeare’s works contain 2035! words that had never appeared in print before. Countless number of amazing in the elegance and depth of the phrases belong to the pen of Shakespeare. 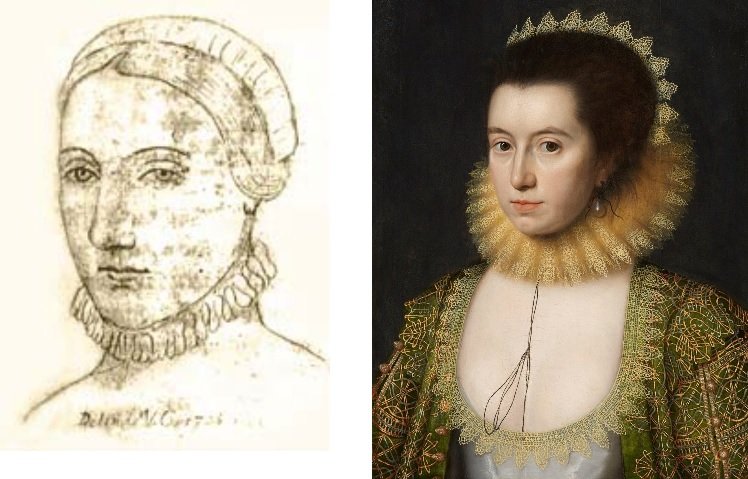 Hathaway, Anne 1555 (1556) -1623 – William’s wife, married him on November 27, 1582 She was older than her husband for eight whole years. Anna was at the time of the marriage in the fourth month of pregnancy. In marriage, she gave birth to three children – Suzanne and the twins Gamnet and Judith. Anna was born into a family of landowners from Shotteri. It is not known whether Anne Hathaway knew how to read and write. Almost nothing is known about Shakespeare’s relationship with his wife. Apparently, Anna lived in Stratford while William worked in London.

Anna died on August 6, 1623, and was buried in the church of the Holy Trinity next to her husband. The inscription on the tombstone says that she died “at the age of 67”. This is the only remaining indication of the date of her birth.

Despite the marriage of Shakespeare and the presence of children, the researchers of his works raise different opinions about his sexual orientation, suggesting his attraction to men, while referring to some of his plays, as well as the fact that Shakespeare lived for a long time in London, while his wife was in Stratford with their children.

The best metropolitan friend of the playwright was Henry Reesley, the third Earl of Southampton, who used to wear women’s clothing and use everyday make-up. 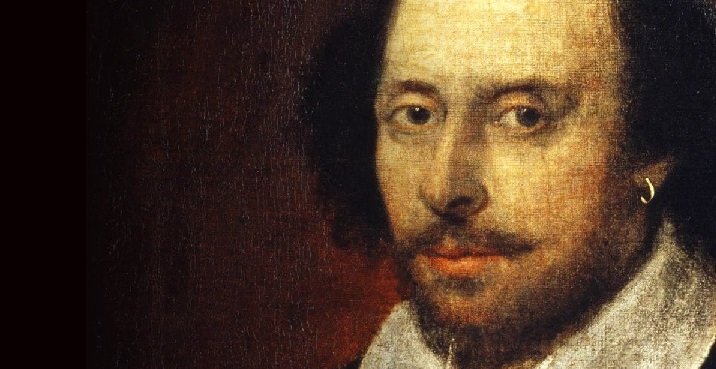 Earring in the left ear

Various scholars believe that Shakespeare liked to wear a gold ring earring in his left ear, which gave him a creative and bohemian look. This earring can be seen on Chandos portrait, one of the most popular images of the playwright.

How did William Shakespeare die?

Just a month before his death, Shakespeare signed a will, where he describes himself as being in “perfect health.” Researches haven’t found a reliable contemporary document explaining the cause of his death. 50 years later, the vicar of Stratford wrote in his notebook that Shakespeare died as a result of “fever” caused by drinking too hard during a meeting with two friends of his.

Where did William Shakespeare die?