Walt Whitman is one of America’s most influential nineteenth century poets. His verse collection Leaves of Grass (1855) is regarded as a landmark in American literature. A poet often named the father of free verse mixed transcendentalism and realism in his writing. Democracy and the American experience were among his favorite topics.

Who was Walt Whitman?
Walter Walt Whitman was an American poet, essayist, and journalist. 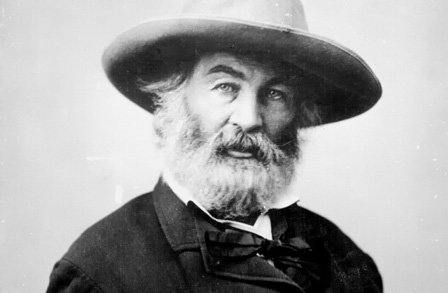 Whitman was born May 31, 1819 in West Hills, Long Island, New York. He was the second of nine children in the family of a housebuilder Walter Whitman and Louisa Van Velsor. Although his real name was Walter, everyone called him “Walt” to distinguish him from his father. When Whitman was four, his family moved to Brooklyn, but eight years later returned to West Hills. The poet considered his childhood generally unhappy due to economic difficulties in the Walt Whitman family.

Having finished school at the age of eleven, Whitman changed several jobs. He became an apprentice at a newspaper, and it was here that he began to fall in love with writing. Reading was his passion, and Homer, Dante, Shakespeare were among his favorite authors.

He worked in printing for several years, but a great fire in publishing district made it very difficult to find job in this sphere. So in 1836 he became a teacher. He worked in school houses for five years, and then he changed occupation once more and became a full-time journalist.

Whitman’s first project in this field was a weekly newspaper called Long-Islander. In five years he became editor of a rather popular paper called Brooklyn Daily Eagle. However he didn’t stay long here, as well as at his following jobs: during the following four years he was fired from seven different newspapers. The reason was his too radical position on many issues, including immigration and women’s rights.

His tenure as an editor of a New Orleans paper the Crescent in 1848 lasted for only three months. Several months later he returned to New York and started a newspaper called Brooklyn Freeman. Slavery was one of the most important questions for him during the following seven years. 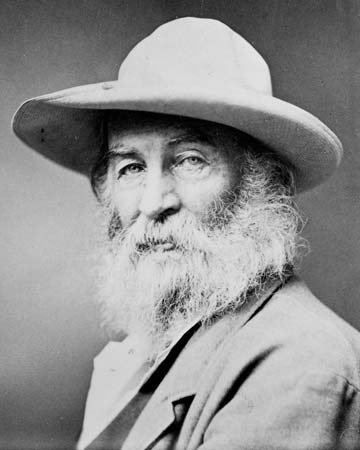 The collection of twelve untitled poems was published in 1855. Only 795 copies were released. Verses were devoid of traditional rhyme and meter. A year later a second edition was released, which consisted of 33 poems. Several more editions were to follow years later. Among the key concepts was the ‘merge,’ which means the ability of an individual to go beyond moral and political boundaries, as a famous Whitman scholar M. Jimmie Killingsworth puts it. Although this book wasn’t an immediate success (even the second edition failed to gain significant commercial traction), it found admirers among famous people, including a poet Ralph Waldo Emerson.

That time was really hard for Whitman’s family: his sister was mentally unstable, while his brother had developed alcohol addiction. 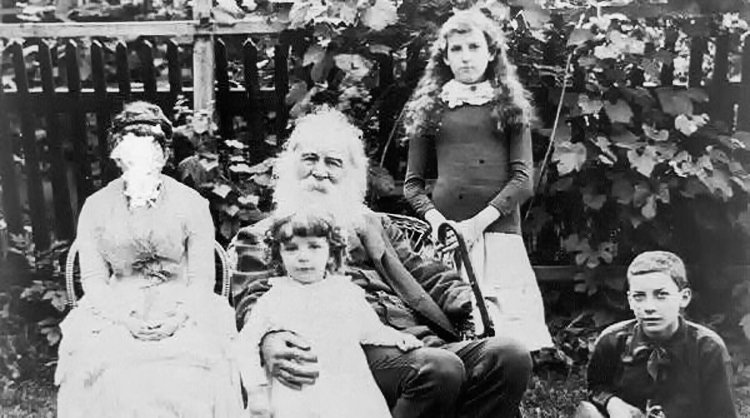 At the beginning of the war Whitman published a patriotic poem “Beat! Beat! Drums!” He vowed to live a “cleansed” life. During this period he wrote articles for different papers and magazines, visited wounded soldiers at local hospitals.

In 1862 he moved to Washington where he helped his wounded brother.

Seeing so many wounded here he decided to stay in Washington and work in the hospitals. He stayed in this city for more than ten years. He earned a living by working as a clerk for Department of the Interior. However when his boss found out Whitman was the author of the “offensive” book Leaves of Grass, the poet had to look for another job. Living in Washington, Whitman struggled to support himself, as he did through most of his life. And still he managed to buy food for some of the patients he visited in hospitals. By very rough estimates, Whitman made around 600 hospital visits. At this time he published a collection of verses Drum-Taps.

Where did Walt Whitman live?

While the poet spent the majority of his life in the state of New York, he moved from one part of it to another rather frequently. He spent the first four years of his life in West Hills, Huntington Township, New York, before moving to Brooklyn. He moved to New York City in 1941 but returned to Brooklyn four years later. He spent several months in New Orleans editing Daily Crescent. In 1863-1864, he moved to Washington, D.C. In 1973, he moved in with his brother George in Camden, New Jersey, and in 11 years bought his own home here.

After a paralytic stroke in 1873 Whitman moved to Camden, New Jersey. He first lived at his brother’s house, and then bought one on his own. He worked a lot on his poems during his stay at brother’s house, publishing three more editions of his most important book. Whitman was bedridden for most of the time in his own house. The so called “Deathbed Edition” of Leaves of Grass was released in 1891. Whitman died on March 26, 1892.