It is not possible to call Emily Dickinson a poet in a habitual, traditional understanding. It is because none of her poems was published within her lifetime.

Nobody of the neighbors and even of the relatives had the notion that the real great poetess, who after the death would become a classic of the American literature, lived alongside them.

The American poetess Emily Dickinson was born on the 10th of December, 1830 in a small American town Amherst, Massachusetts, the name of which appeared in encyclopedias only due to her. Her father was the icon of the local Puritanism, therefore she was brought up in the spirit of the asceticism, severity of customs, thrift, prudence and single-mindedness.

She lived all her life as a spinster in the father’s house. Rarely, she appeared in public town places. The circle of her communication was limited by her homies. Besides, she was in correspondence with some people.

The years 1850-1860 became the most productive in her creative work, affecting the period of the Civil War in the USA. In the 1860, Dickinson experienced love to the inaccessible man, who knew nothing about her feelings. It caused a “creative explosion”.

Beginning from the 1862, Dickinson began to shrink from society. Even the relatives heard her voice only through the door.

Before the death she locked herself up in her room and did not permit anyone to her place. She died in the 1886. 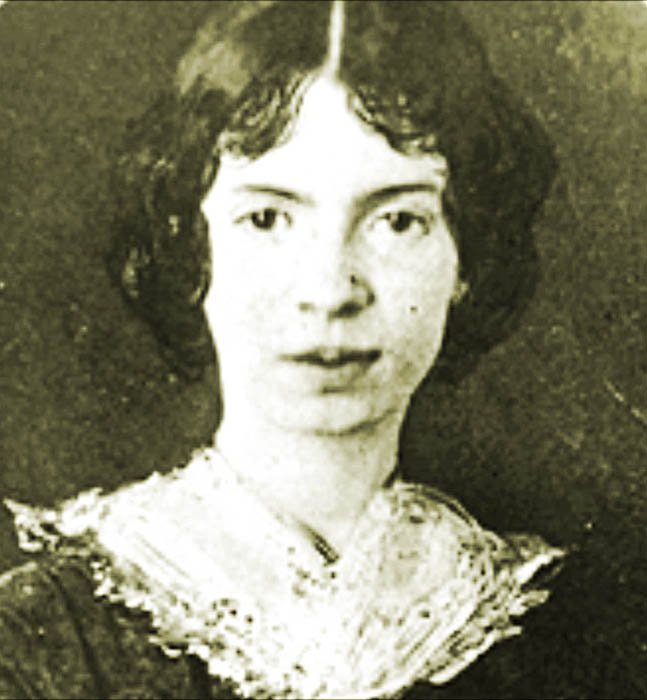 The unrequited love of the 1860 led to the fact that within the next six years Emily created around 1000 poems. The object of her love was reverend Charles Wordsworth, the mature and married man. To this feeling, the American lyric owes at least several Emily Dickinson love poems.

After Emily Dickinson’s death, her sister found a lot of exercise books with verses, which became complete unexpectedness to the relatives. In the 1890s, three collections of poems were edited at once. In total, around 1800 poems were written by her. She got prominence only in the XXth century.

The form and the content of poems of Emily Dickinson were not typical for the norms of her time. Many of her works were exposed to serious editing. Maybe, because of that, the poetess did not publish her works, because she knew they would be corrected. In many poems, the lines are short and titles are absent. Very often, an unusual punctuation symbols and capitals are used.

The poetess touches on the themes of perception of the outside world and the inner world in her works. All human feelings and worries are touched on in them, inter alia, ecstasy and despair. The most known works of Emily Dickinson are also permeated by the theme of the death and the hope for immortality. Here are some of them.

Emily Dickinson “Hope is the thing with feathers”: in this well- known early Dickinson poem, the poet imagines “Hope” as a bird not only bold and decisive, eager to sit out the worst kind of storm, but also confident and dignified, accepting no dangers nor favors from others.

Emily Dickinson “Because I Could Not Stop for Death”: it was published in the 1862, it is possible to add this work to the list of Dickinson verses obsessed with the idea of death: Death, in the form of a gentleman suitor, stops to pick up the author and takes her on a ride in his horse-drawn carriage. In this verse, the author meets death, yet the story is delivered rather calmly.

By chance, Emily’s several poems that appeared in the press already after her death became a literature sensation. Despite her actual detachment from realities of life, she is a bold and bright poet. Against the background of her poetry, many her contemporary poets look shy, boring and fade.

How did Emily Dickinson die?

Researchers believe that Emily Dickinson died as a result of heart failure, which, in its turn, resulted from high blood pressure. The reasons for these conclusions were the symptoms that Dickinson experienced and that were described in her letters: severe headache and nausea. These were followed by a deathbed coma, during which she suffered from raspy and difficult breathing.

During two and a half years before her death, Dickinson often felt terrible. She experienced nervous prostration and blackouts, while the last seven months of her life were spent in bed. We should point out that over the 1880s the poet went through the death of several very close friends and family members.